This is the forum for ComicBookPage.com. 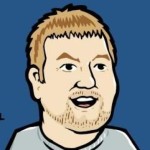 The pre-order catalogs should be coming out on Wednesday, December 29th. The deadline for sending in submissions to the Previews Spotlight is the 9AM CST on Saturday, January 15th. (NOTE: The deadline is being pushed back a week since the DC and Marvel catalogs aren't being released until the start of Janaury.)

The email address to send the clips to is TheGuys@ComicBookPage.com.

The Previews Spotlight episodes cover the items in the order they are in the catalogs so listeners can follow along in catalogs if they want to.

As of December 2021, the episode will start with the DC Connect catalog, move to the Marvel Previews catalog and then go through the Diamond Previews catalog. With that change comes some changes to the file naming convention.

The file naming convention is:
C-####-#-ItemNameAndIssueNumber-YourName.mp3

A dash (-) is needed between the catalog letter and the page number.

A dash (-) is needed after the page number.

#: If there are multiple items on the page, such as often happens in the DC Connect catalog, include the which item on the page the clip is for. (Think of is as which "panel" item item is on.) If there is only one item on the page, this isn't needed and a 1 will be used. If the item number is included, there needs to be a dash after it.

A dash (-) is needed before the ItemNameAndIssueNumber.

ItemNameAndIssueNumber: This is the name of the item. I need is enough to determine which item it is. The more complete this is, the better. Capitalize the first letter of each word and don't include spaces or punctuation. For example, "AmazingEventTitle1". This part of the filename isn't parsed but it does need to be informative enough I can tell what the pick is for. Please include more than just the title as often multiple items for a series are offered in a given round of solicitations.

A dash (-) is needed between the ItemNameAndIssueNumber and YourName.

YourName: All I need here is enough to properly credit you in the show notes.

Following the file naming convention can save me a surprising amount of time putting the episode together. I've got some automation around the episode assembly process which uses the dashes to parse the filenames. Please do not include spaces in the filename. Not all of the tools I use to prepare the clips for the episode handle spaces or other odd things in filenames gracefully. The filename for the clips are used sort the tracks in Audacity to put everything into the proper order. Audacity sorts all of lowercase letters before any of the uppercase letters. Obviously, I can fix the filenames if needed but it slows down the process of assembling the episode.

If you pick is something not in Previews, please provide a URL or whatever information might be needed to get the item so I can include that in the show notes if needed.

If you have a link you'd like me to include in the show notes, include both your name and the link it in the email to me and I'll add it to the system I use for doing the show notes.

The Previews Spotlight is released in mono, not stereo. If you record in stereo, I'll convert it to a mono record by dropping one of the tracks.

The Comic Book Page podcast is an all-ages podcast and is profanity free. I will have to edit out any profanity in the clips, including any unfortunately named comic book titles. If that section of the clip can't be easily removed I will have to replace the profanity with the DTMF tones for "profanity". In addition to this being my personal stand on profanity, it is also an iTunes policy: If your audio includes explicit language, we require you to set the explicit tag- regardless of why it is spoken (title of comic, name of street, etc.) This includes any profanity in the title or solicitation text.

Please post which comics you will be sending in submissions for here on this thread with the full title including the issue number of comics and the volume number of collected editions. That way we can reduce the number of duplicate submissions and maximize the number of different items that are covered. If someone has already posted that they will be covering something you are passionate about discussing, we are okay with more than one submission for the item but want that to be the exceptional case.

Remember: Anyone can send in a short audio clip talking about any book in the upcoming Previews (or slated for release around that same time). This includes creators, publishers and other people directly involved in the project. This is your chance to promote items, including ones you have worked on.

If you see online solicitations for any of the publishers that aren't linked to here in the thread, please post the link.
Comic Book Page: Website || Podcast || RSS || Episodes Archive
Top

Below are my picks:

Comics for Fun and Profit Clip(s)

Wolverine Patch #1
Last edited by drew on Sat Jan 15, 2022 8:30 am, edited 1 time in total.
Comics For Fun and Profit(also available on iTunes and Stitcher)
Top